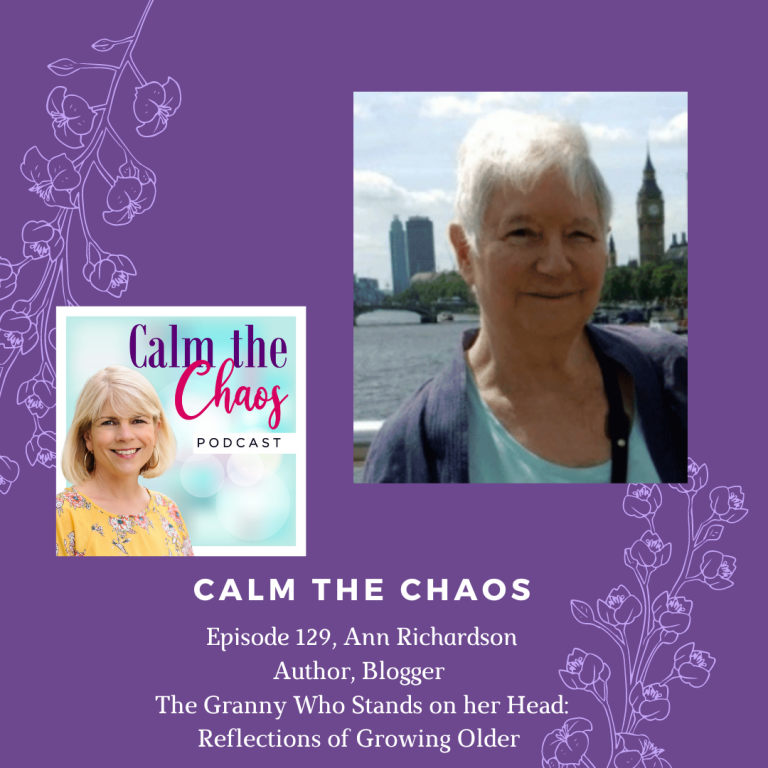 Ann Richardson is a writer who believes that life is full of serendipity, which makes it more fun. Ann Richardson’s recent book, The Granny who Stands on Her Head, comprises a series of reflections on growing older but also includes some stories from her life. She has written numerous other books, including one about the people who provide hospice care and one about being a grandmother. Ann was born in Washington, D.C., USA, grew up in New York City and has lived with her husband in London, England since 1968. Ann and her husband have two grown-up children and two grandsons.

When she needed to find part-time work when her first child was a baby, Ann discovered a love of qualitative social research. Although she has loved writing ever since childhood, she never thought of trying to become a writer when she was young, because she felt she did not have enough to say. She also needed to support her husband, while he was doing a PhD. Much later, she gained a PhD herself.

Her career in research involved interviews and focus groups with a wide spectrum of situations and people, including people with learning difficulties and carers for the elderly but also many others. She wrote numerous books and articles from her research and was always recognised as a good writer. Since retiring, she has chosen to write books on new topics as set out below.

This episode is definitely one for the books, especially for those people in the latter years of their lives, beginning to reflect both on their current lives and the coming of the end of life.  Ann likes to think about the what ifs in life.

Ann shared these amazing points in this episode!

This is about the nature of being old:

Buy Ann’s The Granny who Stands on Her Head here