Use Writing to Express Your Thoughts and Move Forward! 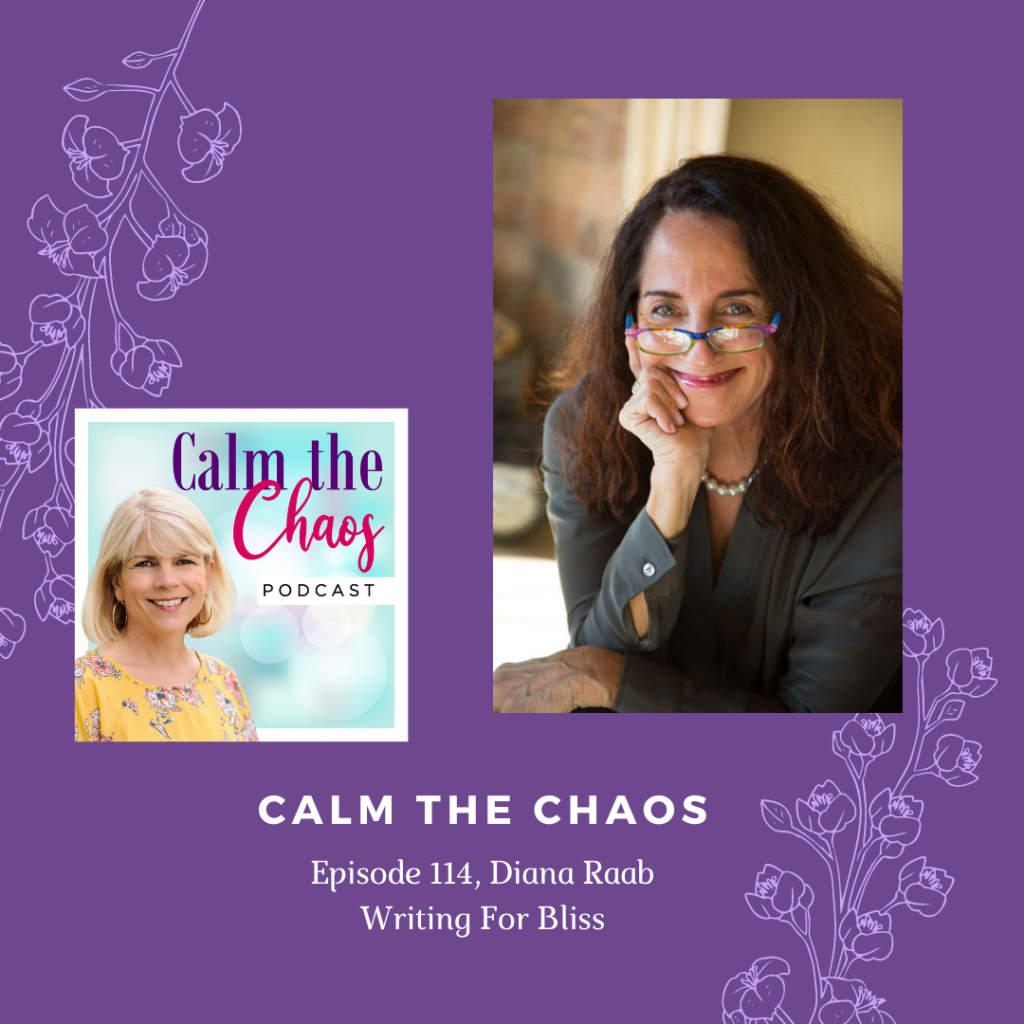 About: Diana Raab, Ph.D. is a memoirist, poet, blogger, thought-provoker, and award-winning author of ten books, including four poetry collections, including her latest, Lust. She blogs for Psychology Today, The Wisdom Daily, Thrive Global, Sixty and Me, and many others. Her most recent nonfiction book is Writing for Bliss. She teaches workshops on writing for […]

Unlocking the Power of Midlife Women 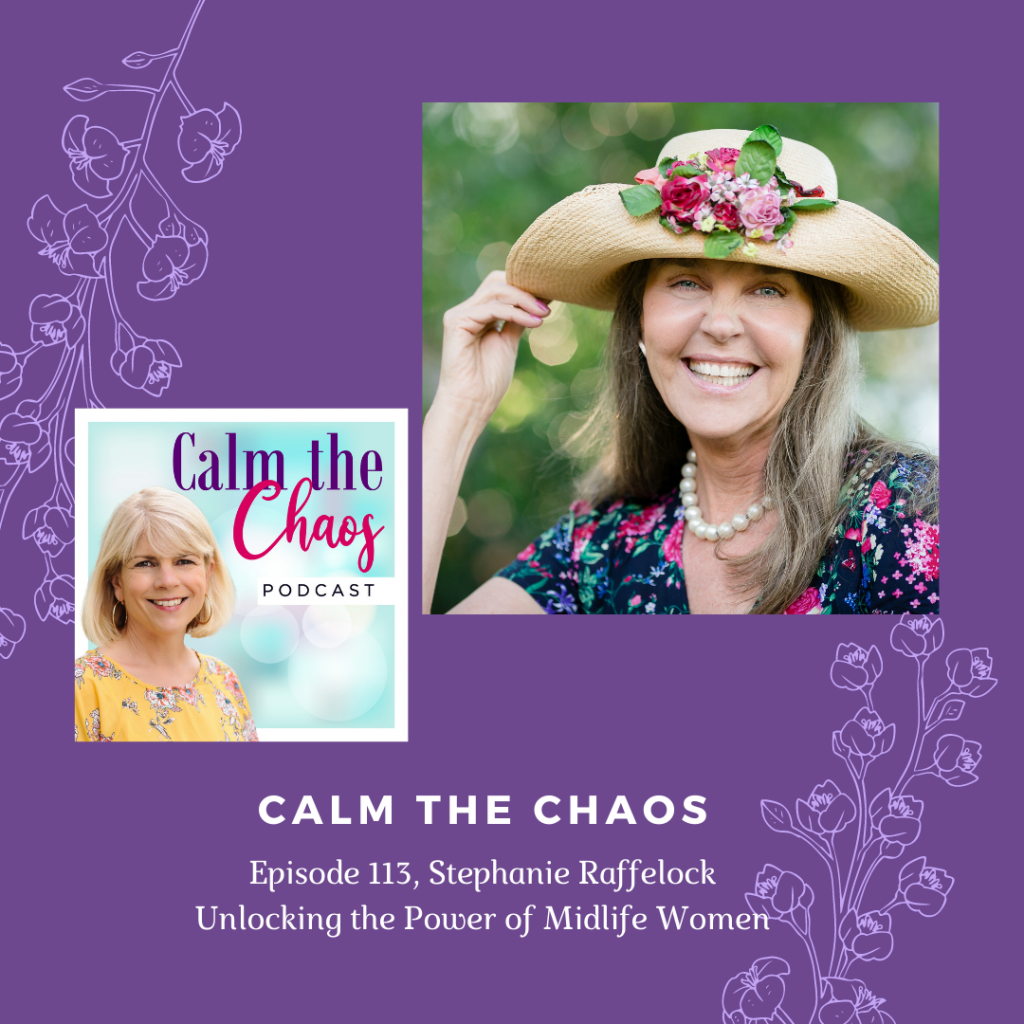 About: Stephanie Raffelock is the author of Creatrix Rising, Unlocking the Power of Midlife Women. She also penned the award-winning book, A Delightful Little Book of Aging A graduate of Naropa University’s program in writing and poetics, Stephanie was a contributor to the Rogue Valley Messenger in Oregon. She has blogged for Nexus Magazine, Omaha […]

My Interview on the Zestful Aging Podcast! 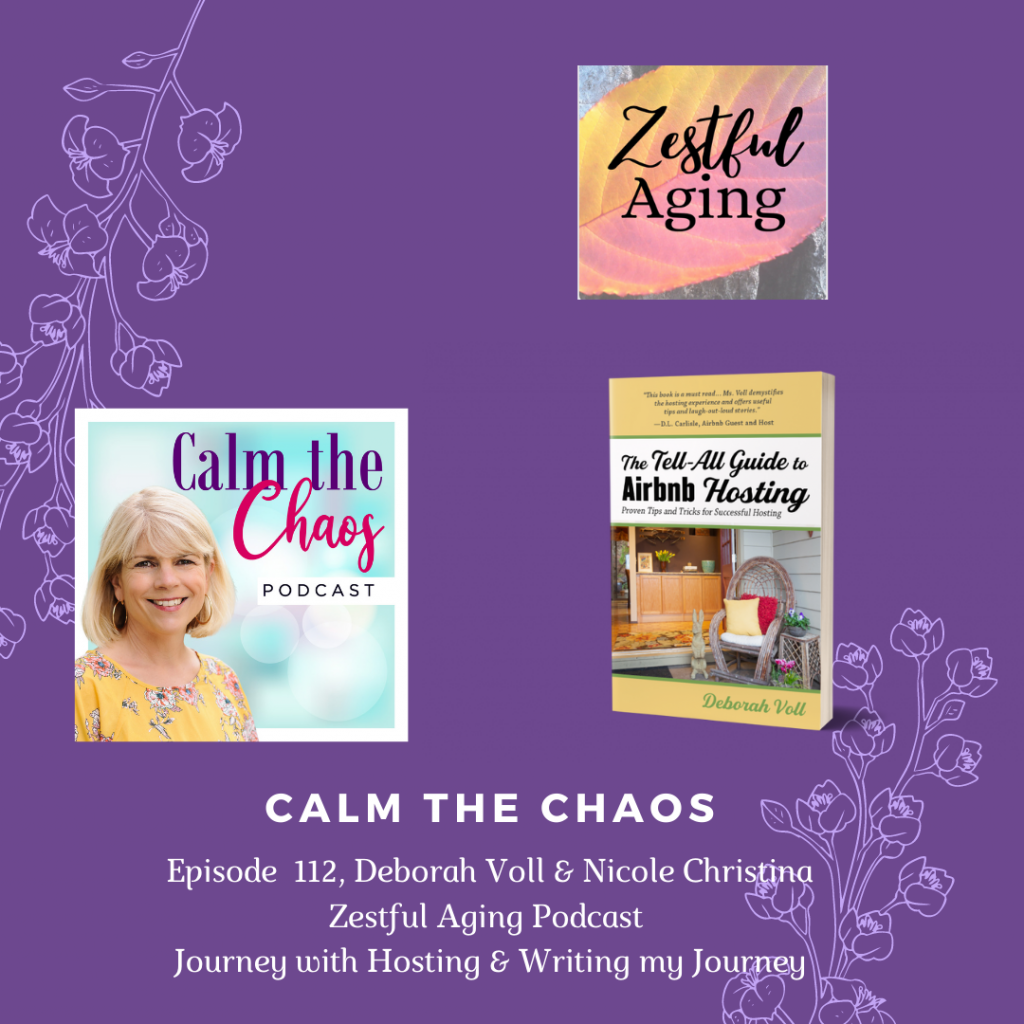 About:  You are listening to Episode 112 of Calm the Chaos! In this episode, I am sharing an interview where I was the invited guest with  Nicole Christina from the Zestful Aging podcast!   It was a lot of fun!  Nicole has been a psychotherapist for over 30 years and has her own podcast: The […]

Create an Environment that Supports the Goal YOU Desire!

About: Daniel Mangena is an International Speaker, Best-Selling Author, Broadcaster, and Coach. He is best known for his highly successful Micro2Millions program, being the author of Stepping Beyond Intention and his Do it With Dan and Beyond Success podcasts. He is completely self-made and has spent decades perfecting his world-class coaching methodology. His mission statement: […]

How to Face Fear to Move Forward 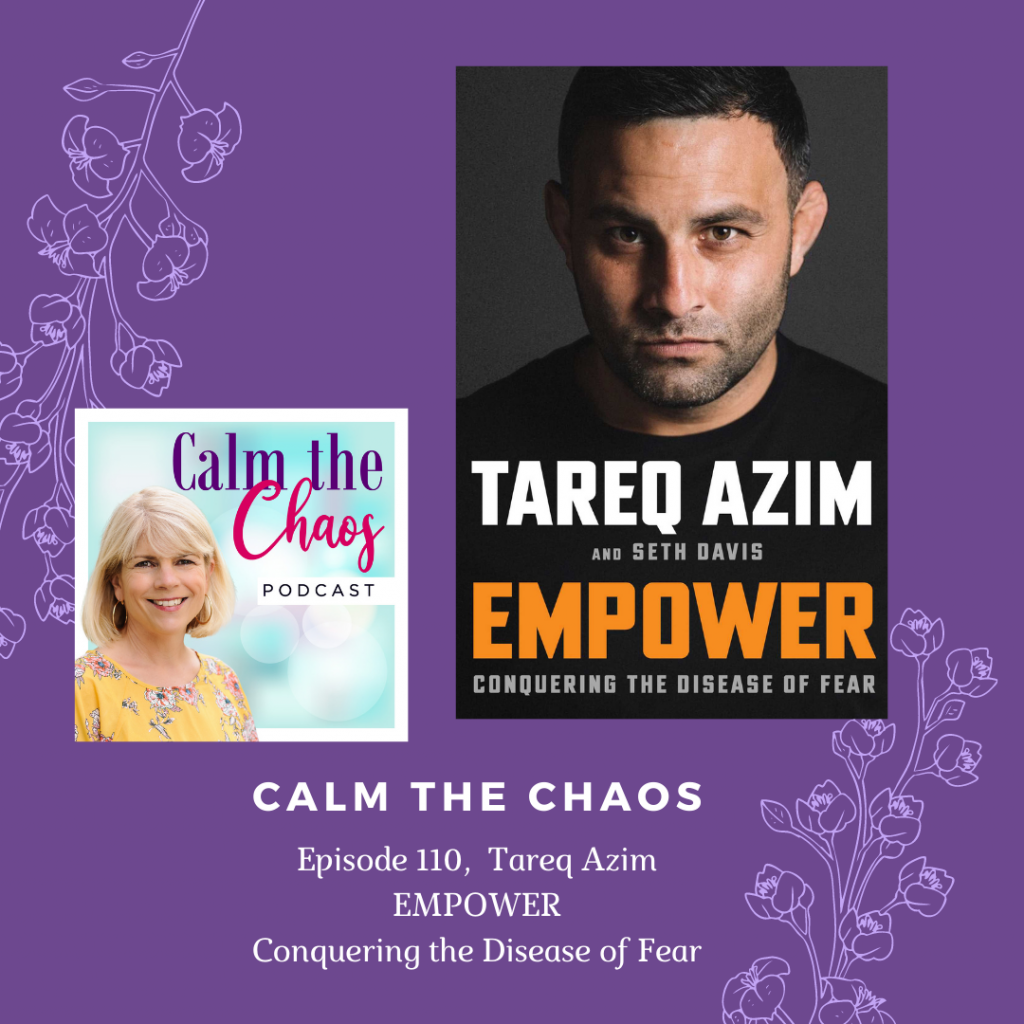 About: Tareq Azim a descendant of Afghan nobles, Tareq Azim’s family was forced to flee their homeland in 1979. He assimilated in the United States through his love of sports, excelling in wrestling, boxing, and football. In 2004, Azim decided to visit his home country, and upon arriving, he discovered countless children living on the streets, […]

Freedom to Be Who YOU Want to BE 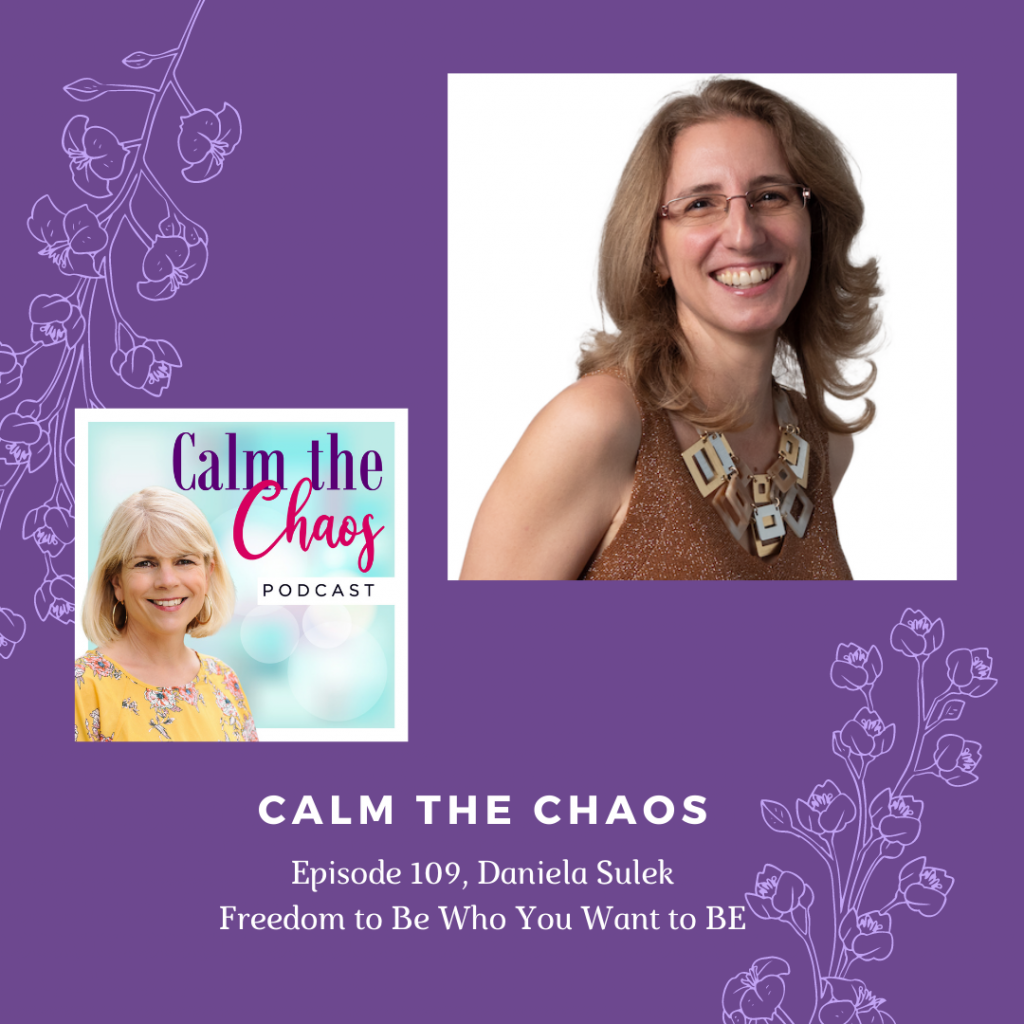 About: Juggling life for years led Daniela Sulek to hit a wall. Her entire way of life and being changed when what she now calls “humaning” led to her developing serious illnesses while pregnant with her third child, and almost cost her her life. With her “play your way through life” philosophy, she now helps […]

Expand Your Horizons with Walking Tours 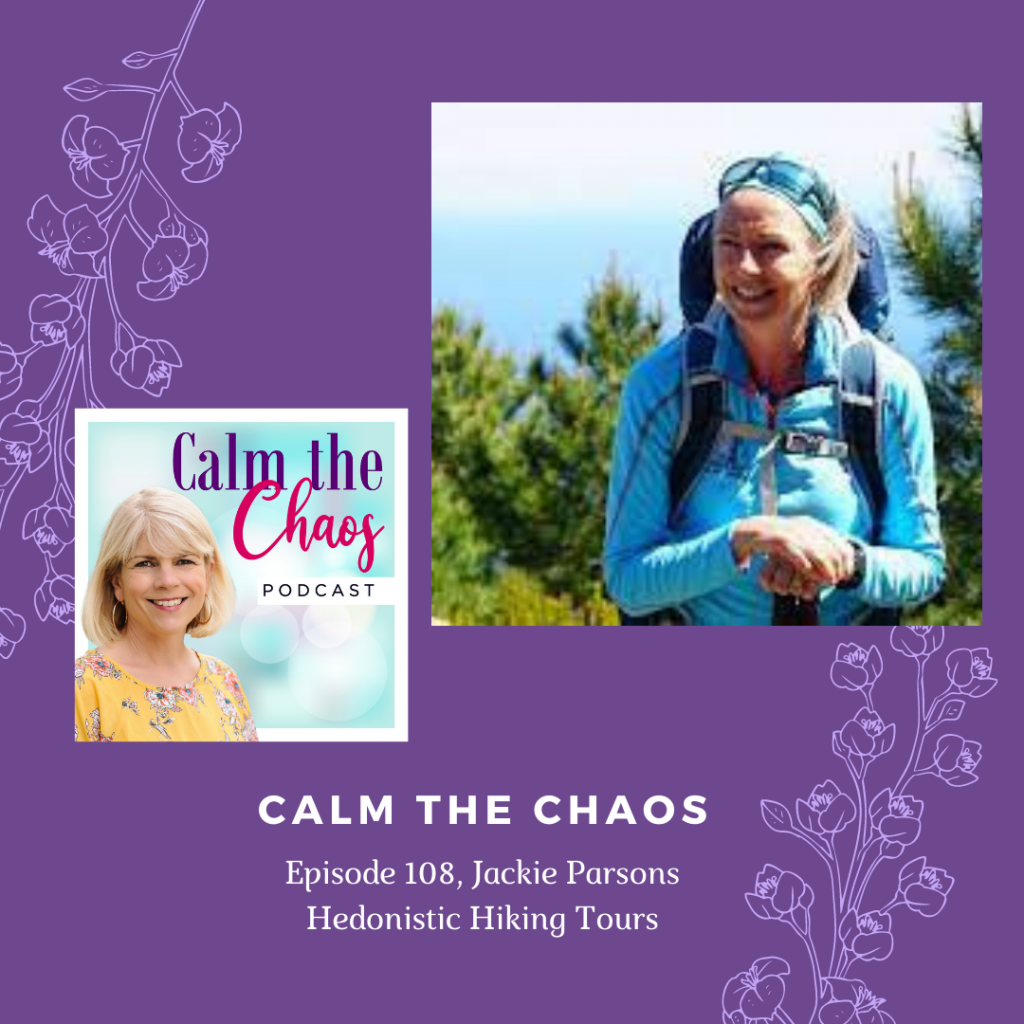 About: Jackie Parsons was born and raised in England. SheI studied languages from an early age and developed a passion for Latin cultures. She speaks French, Spanish, and fluent Italian. Jackie has led tours in Europe since 1992, specializing in walking tours in Italy since 2007 Her first degree in Spanish took her to the […] 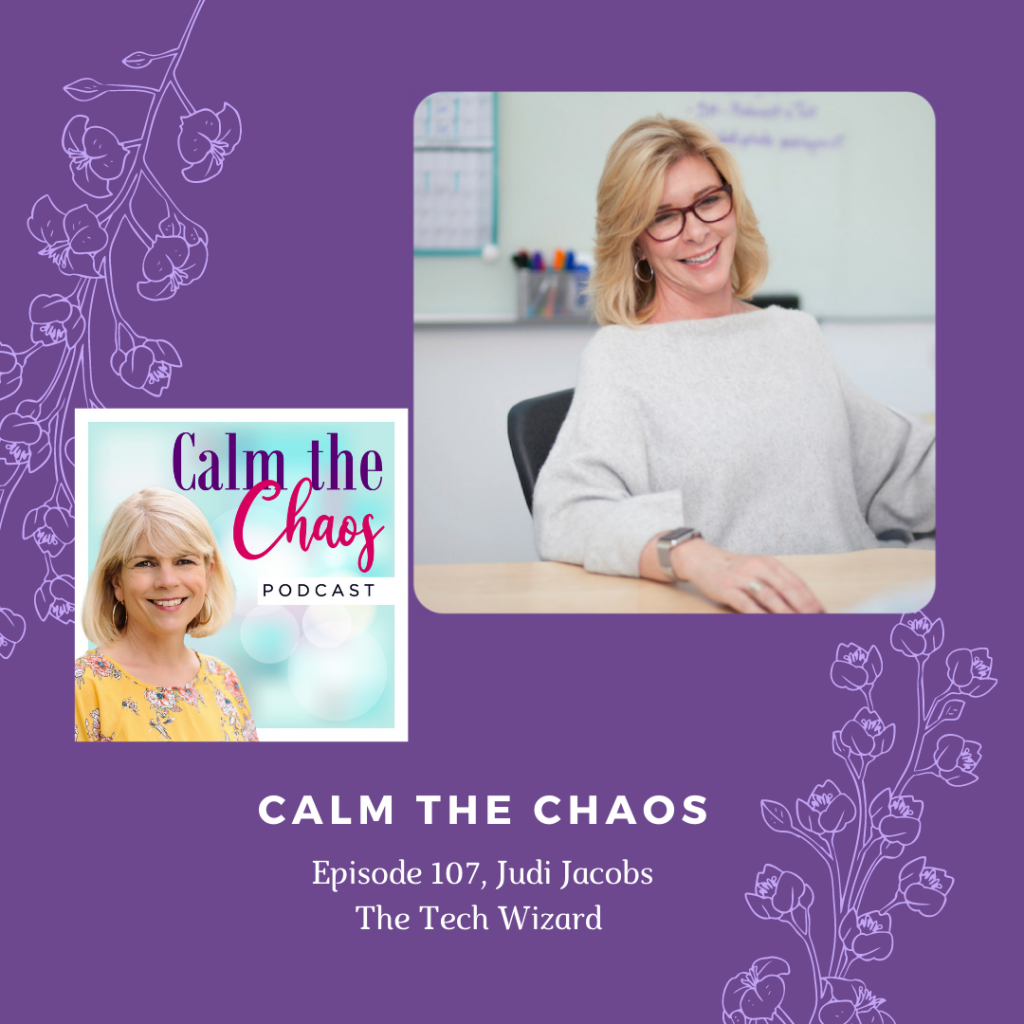 About: Judi Jacobs is a former plaintiff’s tort trial lawyer.  She began her journey into teaching and learning about technology in the early part of my legal career. Like many of us,  she did not grow up with a computer and is not a computer engineer. She is not  a so-called “digital native.” (i.e., I […] 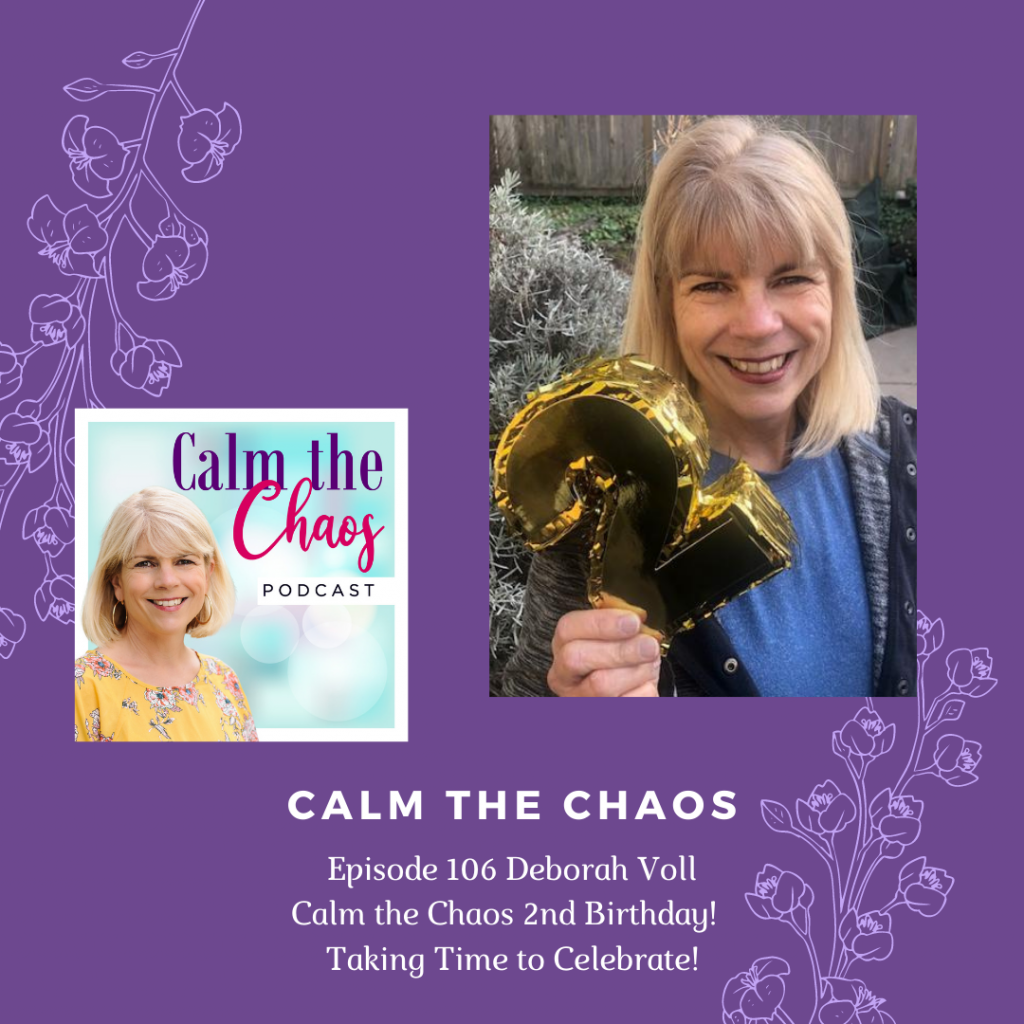 About: Welcome back to Calm the Chaos! You are listening to Episode 106 and today my guest is ME!  Yes, that’s right today I’ll be doing all the talking!  And….  it’s a big day as today marks the 2nd year anniversary of producing the podcast Calm the Chaos!   I decided to do this episode solo […]

Ready to Downsize without the Tears? 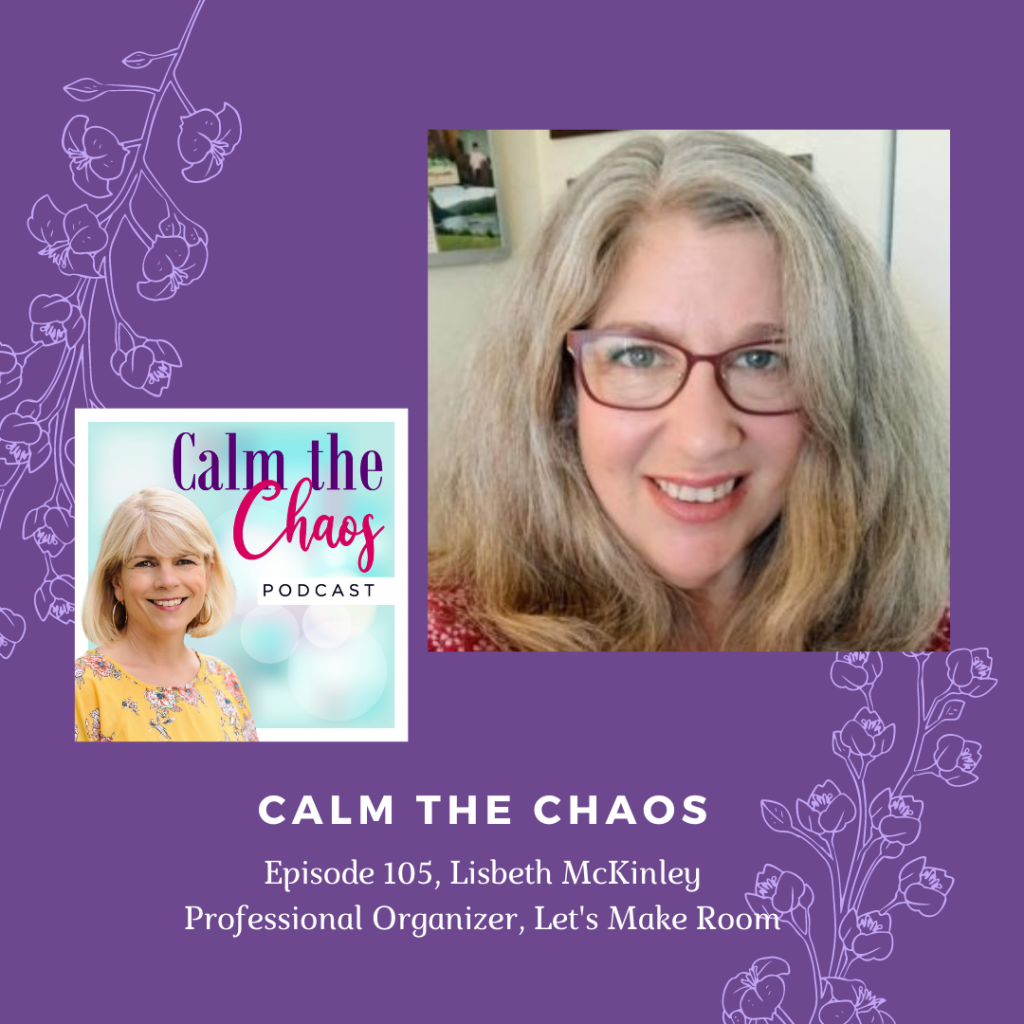 About: Lisbeth “Lis” McKinley, is a Certified Professional Organizer, move manager, public speaker, and owner of LET’S MAKE ROOM, LLC based in Oakland, California, now in its 12th year of operation. Lis, along with her team at LET’S MAKE ROOM, helps clients achieve their unique vision of the organization, before or after moving, remodeling, or […]