Saying YES to more in your life! 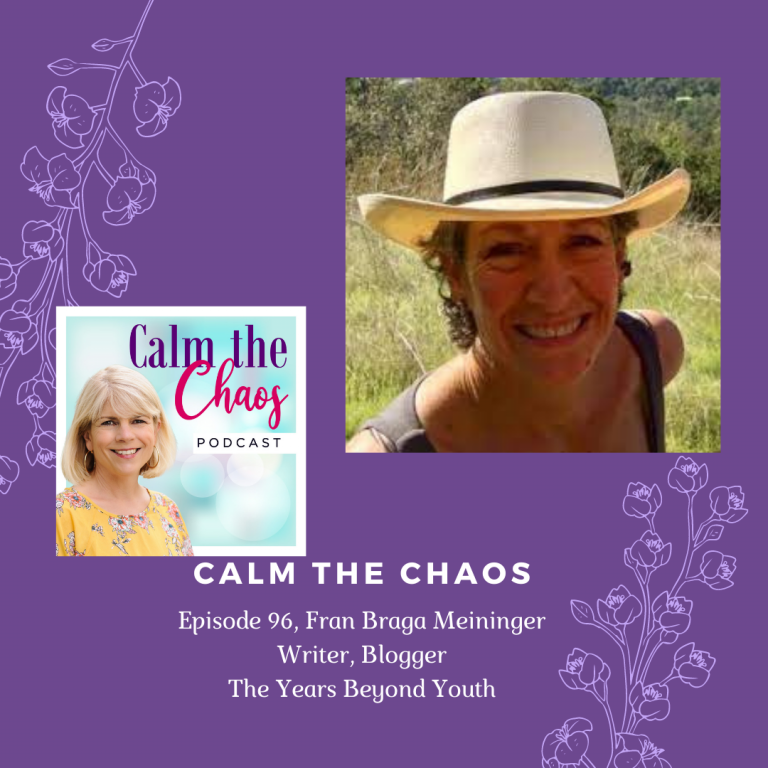 Fran Braga Meininger is a writer, author, content provider, and creator of The Years Beyond Youth.com. She writes about an era in a woman’s life that can be exciting, engaging, and vibrant despite or perhaps because of, what comes with age. Her work has been featured on Sixty and Me, Ruminate Magazine, KQED Radio, She Rose Revolution, Changing Aging, and other online and printed publications.

Fran retired around 59 years young and for the first few months, it was fun to have all the freedom and to be able to do what you wanted. She started to feel restless and wondered, what comes next?  It was at that time that Fran went into therapy as she found it was a bigger transition than what she could manage on her own.  Her therapist told her, “ this is the next stage in your life, and it’s up to you to create it! “  Fran took that message to heart and began the process of waking up every morning at  5 am and sat at her computer to write!  She found that writing was very fulfilling and she was finding interest in the things it was being revealed.  Most of what was being written was coming from a place that she hadn’t processed in her mind.

During encounters with friends, Fran began to share her writing and they encourage her to share her important messages with others.  She then started a writer’s Facebook page where women came and enjoyed her writings.  This then progressed to submitting her writings to other publications for women. Fran also has her blog and feels that she is on a great journey!

Fran shares that a helpful piece of advice she received from her therapist was, slow down, don’t be so hard on yourself, what you want will come!  Say YES to a lot more things! I know when I am working with clients in the self-exploration process, I encourage them to say YES and be open to new experiences as you never know where they will lead and who you may meet!

I ask Fran about what it was like to be so vulnerable in putting her writing out in public as a lot of time, she was writing about herself!  She shares how she participated in a writers group and that experience in sharing and what an impact that had on her life.  The feedback she received from the group, helped her to keep moving on to the next thing!  Every time she would release something it would be more personal than it was the last time.  The comments that she gets back through her work are so rewarding and fulfilling and she knows from those comments that she is making a difference.

The reason why Fran gets up at 4 am to write is because she wants to share!  And the number one message she wants to share with the woman over 40 is that YOU ARE NOT ALONE.  There is a whole tribe of us out there doing the same.  You just need to take one step at a time!

While we are discussing Fran’s work, I ask her about a recent article:  Living Deeply, and ask her what living deeply in your life means to her.  She shares that she noticed at one point, she was having a lot of superficial conversations and that her writing was deep but she wasn’t having conversations on that level.  During that year, she started to be more vulnerable and have more truthful conversations with the people she trusted.  When she found that people were resistant or didn’t want her to change then she let go of those relationships. For Fran, it’s part of the growing process.  It’s reflection, introspection, and spending time with yourself.

I invite you all to visit Fran’s blog and become a part of her community!  Her writings will inspire you and cause you to reflect on your own journey.