Are you ready to Grow Younger Gracefully? 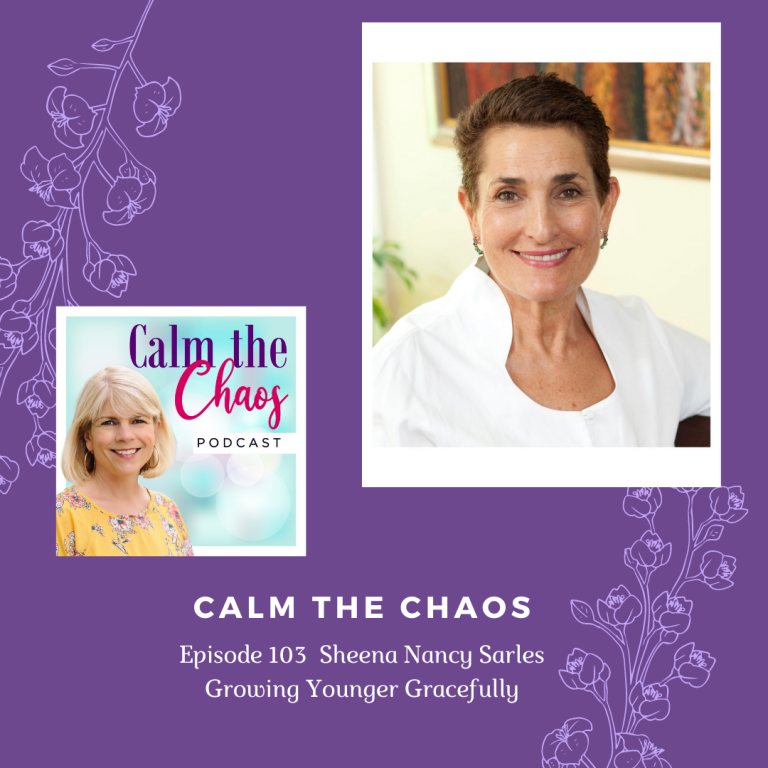 Sheena  Nancy Sarles is a lifelong student of well-being in body, mind, and spirit. She is a certified Yoga instructor, a Holistic Life Coach, a Reiki practitioner., and has been called, a serial entrepreneur! From her life experiences, she has followed an organic path. As she became aware of her own aging, she created Growing Younger Gracefully™ workshops, classes, and newsletters to address how we can age and enjoy the process. From there, she curated her studies and practice of well-being in her book, “Growing Younger Gracefully: Your Guide to Aging with Vitality, Resilience, and Pizzazz”.

We start at the very beginning of her journey since she has such a long list of accomplishments! Sheena started out in a career in public relations and fundraising but became interested in yoga. She thought that in her late forties perhaps dancing was a little hard on her body!  So, she got into Yoga and from there started to think about aging. As an anti-aging person, she thought of this process as a gift.  How can she approach aging differently for herself and others?

Sheena continued to study and do research to explore how to look at aging in a positive and healthy way. It’s not a disease that needs to be fixed or something to remedy.  It’s something we have and we want to enjoy it as long as we can!

It was then that her friends encouraged her to give a class so she jumped right in and then asked herself, “what have I done!”.  She started teaching and her classes began to grow in popularity.  For Sheena, she reminds us that when we are in our youth we are growing, learning, and curious and that doesn’t need to stop as we are aging.  She asks,  “how can we do this with some elegance?”

From there Sheena created Growing Younger Gracefully and it became workshops.

Her pillars for students are

Through this journey, Sheena continued to look for healthy organic products and soon realized that many products include chemicals and high costs. She then started to do more research and experimenting and created her own facial serum which she began using and sharing with family and friends.  From her facial serum, she then launched a body serum

As Sheena continued to go through this process she began to be curious and confident and would then say,  “you know what? Let’s put it out there and see what happens!”  She wasn’t intimidated by failure but motivated by success!

We then discuss how Yoga helped Sheena when she suffered the loss of her mom and dad and that breathing through Yoga poses could help her grieve but still be present. It didn’t take the pain and grief away but it helped her find a “place to be”.  Sheena incurred more loss in her life and it was then that she was in a grief writing workshop at the local hospital wherein a response to a question about her grief, she invited everyone to open up to healing through a pose, and from there she started to teach yoga for hearing loss.

It’s wonderful to see how Sheena has turned a tremendous amount of pain into something purposeful. Not only to help herself but to serve others.

Sheena shares about her Tuesday evening Free Zoom Group that she makes available to her community where you can drop into her group and experience one of her sessions.

She reminds up to keep alive and active and not be fearful but to really enjoy our aging.

During our conversation, we discuss some of Sheena’s blog articles and talked about rituals and the importance of having rituals in our lives.  It helps us to create meaning in our lives.   It’s a wonderful discussion and will prompt you to think about rituals perhaps you have each day without realizing it.