How you can be living an Extraordinary Life! 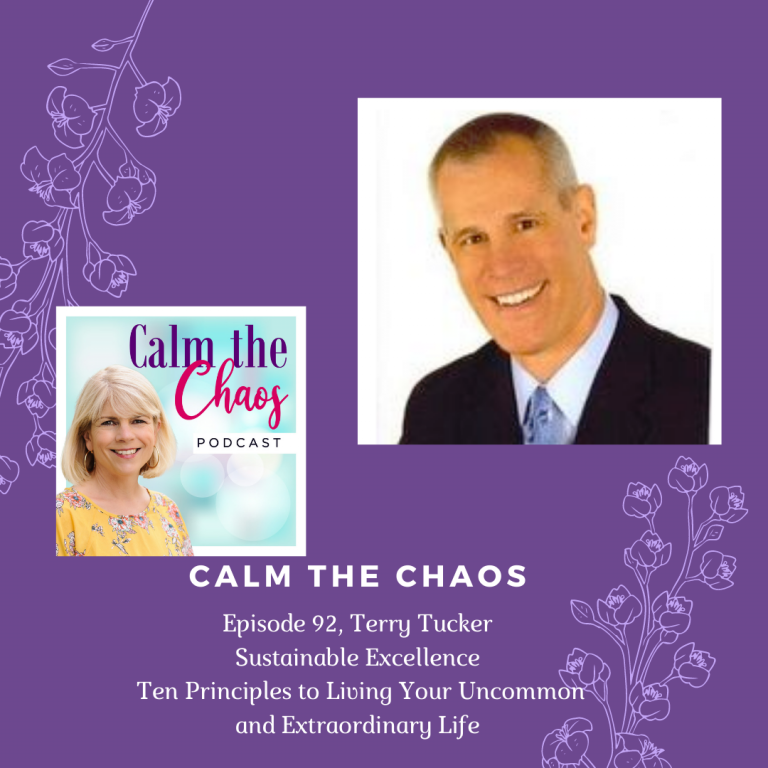 Terry Tucker has been an NCAA Division I college basketball player, a Citadel cadet, a marketing executive, a hospital administrator, an undercover narcotics investigator, a SWAT Team Hostage Negotiator, a high school basketball coach, a business owner, a motivational speaker, an author, and most recently, a cancer warrior. He is the author of, Sustainable Excellence, Ten Principles To Living Your Uncommon and Extraordinary Life. Terry and his wife have lived all over the United States and currently reside in Colorado with their daughter and Wheaten Terrier, Maggie. In 2019, Terry started the website, Motivational Check to help others find and lead their uncommon and extraordinary lives

Terry shares that your life should be about your purpose and finding the reason why you were put on this earth, and then living for that reason! Terry had the opportunity to mentor a young man who asked him how to be successful.  Not just in his job but in life! He didn’t want to give him a general answer but provide him with something deeper so he created ten principles and then sent them to him. From there, Terry thought that he had a life story to contribute under each principle and that’s how his book Sustainable Excellence was born.

During Terry’s cancer treatment which began in April of 2020, he sat down during that period when he was healing to build the stories underneath each of the principles.

This is what’s helped Terry through his cancer journey and we spend a good deal of time talking about the four truths and how to make those a part of your life.

Terry shares that the only way you’re going to live is if you are growing and if you are not growing, then you are dying.  He encourages us to take the pain we are feeling and flip it inside so that it’s burned as fuel and use it as energy to make us stronger people.  Instead of running from pain, Terry has learned how to use it to make him stronger.   I love this portion of the interview!

We are reminded to surround ourselves with people who are going to be positive and uplift us to be successful.  Get the negative people out of your life!  You don’t have to reach your goal alone. There are people out there who want to be available to help you be successful!

Something to think about is, what are people going to say about you at your funeral?

( don’t get that confused with living your life based on what people think ).  If you don’t like what people are saying about you then you have time to change it now!  We get so focused on today that we lose sight of the big picture. Take a look at the end of your life!  Be happy that you found your purpose in life and that you lived it!

When you were born, You Cried and the world Rejoiced.  Live your life in such a way so that when you die, the world cries and you rejoice!

Terry reminds us that you can never be defeated!  All of us have goals and they often take longer than we anticipate but if you get discouraged don’t give up!  As long as you don’t give up, then you can not be defeated!

We discuss that your purpose doesn’t need to be your job! Your job can be that “something” that is there to pay the bills.  Your purpose is whatever you feel in your heart.  Terry shares that if there is something you think you should do but scares you then go ahead and do it!  At the end of your life, the things you are going to regret are not the things that you did, but the things that you didn’t do and by then it will be too late.

Our discussion moves into Terry sharing his process for writing his book and how he disciplined himself to write every day ( except Sunday). Even if the content was not good, he sat down to put something on paper.  We even chat about the editing process and what’s that like for an author and how he would listen to their advice, sleep on it and then realize that they were the experts and end up making the changes!  Terry also learned that his job was not to sell books but his job was to help people. If you help people, then the book will take care of itself.  Terry wrote his book to make a difference and he is impacting so many lives.

We also talk about how to show up for a friend and family member with cancer. Terry’s words of wisdom are so helpful.  Hearing firsthand what Terry has experienced going through his treatment was very helpful and he shares those moments and opportunities.  Don’t be a friend who sits on the sidelines!  If you want to get involved in someone’s life then get involved!  Make a meal, walk the dog, cut the grass!

Terry shares his advice for a woman over forty who is at a crossroads in life and is wanting to find her passion and purpose! You have things to give!  Just keep going and move forward one day at a time.  Keep looking for it and look for it with an open heart.  Your purpose will energize you!